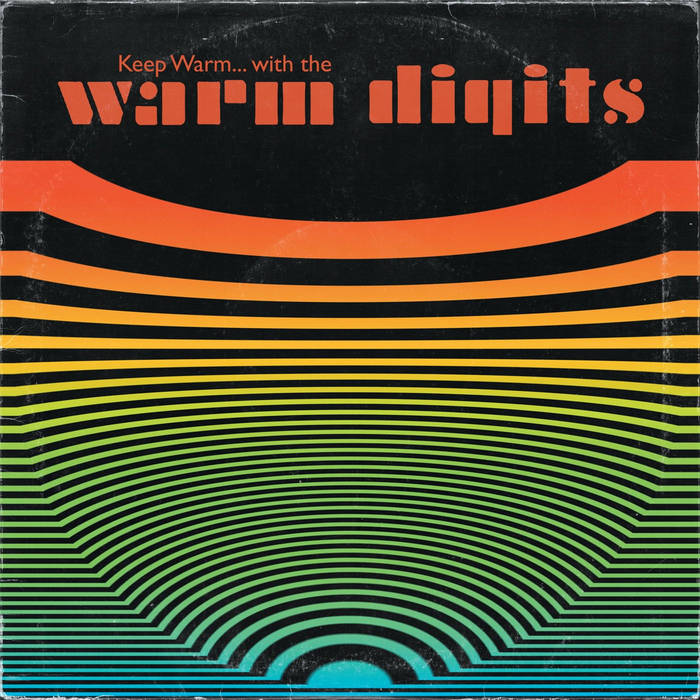 Bart Furp This is music so happy I wanna smash my skull with a hammer. Favorite track: A Warm Front, Coming from the North.

Saucer Happy, happy krautrock. Great music for a dance party for 4 year olds. Adults like it too!

The perkiness juxtaposed with darkness is just as fun as the modern electronica motifs mingled with Neu!/Harmonia worship. Favorite track: Here Come the Warm Digits.

Warm Digits is the krautophonic blizzard-wave duo of Andrew Hodson and Steve Jefferis, based either side of the Pennines in Newcastle-upon-Tyne and Manchester. Warm Digits make a semi-improvised brew of metronomic rhythms, snowstorm guitar and radiophonic electronics, dual-laptop electro, swathes of no-wave guitar and frantic free jazz drumming, taking their cue from the hypnotic repetition of Neu!, the textural overload of My Bloody Valentine, the glacial otherworldliness of Emeralds, and the sensuous modernity of cosmic disco, along with a pinch of Brian Eno-esque melody. After remix duties for the likes of UNKLE and Maxïmo Park, Warm Digits coalesced these improvisations into a set of crisp, propulsive instrumental songs for their debut album Keep Warm... with the Warm Digits.

Warm Digits have already pricked the ears of Marc Riley who invited them in for a BBC 6Music session, and David Brewis of Field Music who asked to play bass on their album as a guest. They have also collaborated on a BBC Radio 3 session with Field Music, and performed live shows at the personal request of Andrew Weatherall, who has described the album as "machine funk kraut-a-delia - it's rather lovely!" The live show, recently aired around Europe in support of the likes of Field Music, Goblin, Modeselektor and Barbara Morgenstern, aims for fully engaged sensory overload with a live-mixed collision of colour-coded structural films and live-feed video cameras.

Steve and Andrew have worked in and among the experimental music communities of Newcastle and Manchester since the early 2000s. Andrew graduated from found-sound collages, to the laptop symphonies of his band, The Matinee Orchestra, releasing an acclaimed album on the Arable label (2006). Andrew also runs Seed Studios, Trafford, and works as a producer, recently recording and playing drums for Maxïmo Park frontman Paul Smith's solo album Margins (2010), and producing Cath and Phil Tyler's acclaimed modern folk album Dumb Supper (2008). Meanwhile, Steve released a string of singles and albums of glitchy, melodic electronica under the name Cathode on Expanding Records, Static Caravan and Distraction Records.

Warm Digits will be touring in continued support of the release of Keep Warm..., so watch out for their unique live show coming to a venue near you.

Alex Rita and Errol from Touching Bass feature in our special London edition of the Bandcamp Weekly.