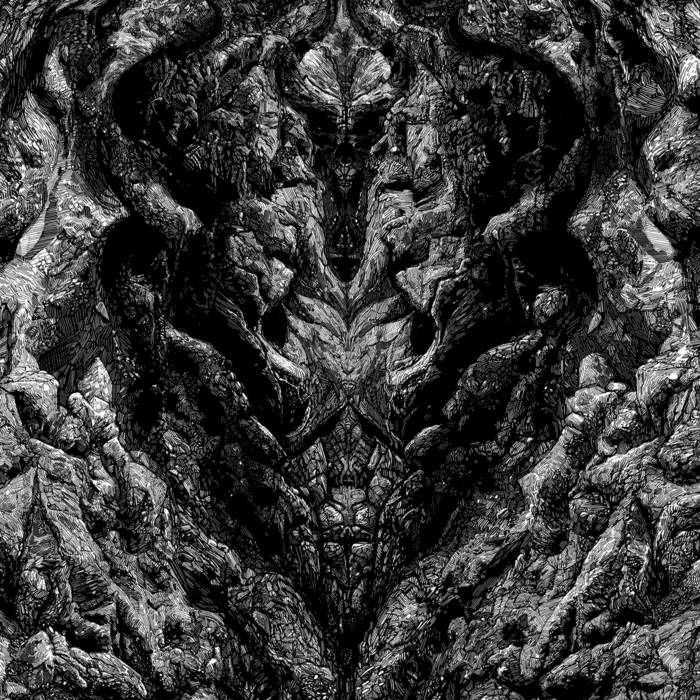 Joel Baxter LSD-Horror-SciFi music...what's not to like? Dark, and majestic, with an awesome flow, and very interesting passages. Very cinematic.

Logen Ninefingers The sound here contains a highly original combination of titanic drums, dirty/calibrated beats, inescapably heavy guitars and exploratory electronics -- Cinematic-Electronic-Doom-Prog perhaps. This record segues from the ethereal club ecstasy of `For Your Own Good' to the disheveled, `Classics'-period Aphex Twin electronica of `Devastating Vector', via the skull-crushing guitar-led sonic assaults of `In Binary' and doomy devastation of `The Heat Death of Everything Favorite track: In Binary.

When Necro Deathmort’s auspicious debut album This Beat Is Necrotronic hit the racks back in August 2009, it was somewhat of a sleeper hit. Thanks to its effortless blend of brutal electronics, velvety drone, decaying doom, crushing guitars and skuttering dubstep, it slowly gathered momentum through the early months of 2010, and word-of-mouth ensured that this album ended up in any open-minded record collection, eventually scoring NDM members Matthew Rozeik and AJ Cookson support slots for Ulver and Shining, festival places at Sonar and Supersonic, and garnering ‘best-of-2010’-type reviews. Terrorizer declared it as "a work of pure schizoid genius", Decibel Magazine suggested that “all future experimental dub metal artists should look to this album to see how to get ’er done", and even Zero Tolerance said "[the duo] blend low-level hip-hop beats with Scorn-esque bass and elonated guitar riffs to remarkable effect. . . it's that awesome.”

Now Necro Deathmort return with Music of Bleak Origin, and they’ve taken things up a notch. The guitars are louder, the drone is creamier, the bass more heavyweight, and it flows just wonderfully. It kicks off with Jaffanaut, all crunchy fuzz, chambertronic buzz and dubstep squelch, then it picks up the pace with In Binary and its walls of wails und stadium doomage. Temple Of Juno and Űberlord continue the pace with strong, solid beats and subwoofer-baiting hooks, before the machine-gun pulse, loud crackle-and-hum and floating vox of For Your Own Good takes over.

MoBO then shifts gear into Devastating Vector; the bass and guitars still dominating, but now robotic bleeps and acidic blips take centre stage before giving way to the Beltram-esque Blizzard – as close to a euphoric anthem as you’re going to get from the duo before The Heat Death Of Everything sends everything spiraling towards hell with big crashing chords, guttural screams and nihilistic doom. Moon closes the soundtrack – perfect for late night listening, it’s slowly creeping drone-infused light-and-dark overtones complete an album so intense, so organic and so so good.

Physical copies of Music of Bleak Origin come in a heavy-duty plastic sleeve with a seen-to-be-believed, double-sided 18-panel poster on woodfree stock by Dominic Hailstone (Mogwai Batcat and Isis Holy Tears videos; Aphex Twin Come to Daddy creature effects), and are limited to 1000 copies only.