by Dressed In Wires 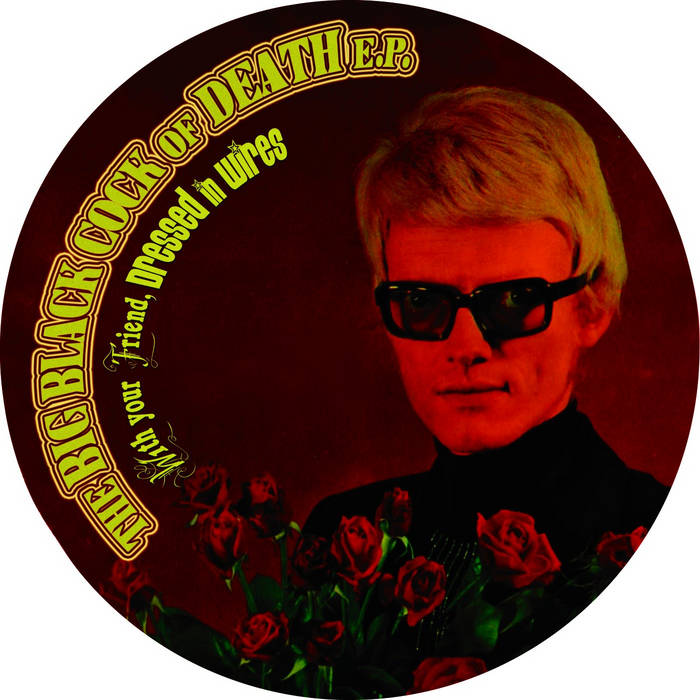 Originally hailing from The People’s Republic Of Yorkshire, Simondo Topless has grimly entrenched himself in the hotbed of electronica talent spawning in the North East of England. Take laptop music and throw it into the ring with a DIY garage punk approach, using a CD full of cracked software and a cheap soundcard; here we find ourselves at the forefront of those stumbling into a new approach to noisemaking; eschewing the crystal-crisp sound of the usual Warp-don’t-wannabes-but-really-wannabes, instead engineering an aesthetic from the dirty cheap sounds from dirty cheap equipment. Electronica distortica, a kind of Bad Moon Rising with VSTs; music that treads a fine line between making music that’s perfectly palatable and lovely, and making sounds that want to genuinely, physically kill people in the face.

The formula for Dressed in Wires is a sexy one; the frenetic bursts of dirty glitchwhore, the wrongtronica Danceheil of post-gabba, the agitated beef of Glitch-Hip Shit-Hop; and then cock it all off with odd lashes of hardcore drone, using his souped-up, heavily modded, hacked & cracked laptop. Playing live, it’s a whole other mighty kettle of fish; rarely pretty, never a beauty contest. Now that fans have started bringing in their own unwanted computer equipment for DiW to physically and emotionally abuse, things can only get bloodier.

The Babycham-quaffing pillock ought to have a holiday; in 3 years he’s messed us all up with a relentless platter of gruffly independent DIY releases, and they’re all mex-ellent. A 2004 ‘proper’ debut album release from saucy French purveyors of electroniceur, Estrunax Records, was a nice notch in the bedpost, but it’s 2006’s Big Black Cock Of Death EP on Distraction that cuts mustard from shin to grin. With Radio 1 airplay already garnered, and a 2006 UK tour set to kick off like a bitch, it’s going to be a vintage year on Planet Topless.

Track one, The Breeders, is akin to Coil happy-slapping Nine Inch Nails in the street, with Kid606 pouring salt on the wounds while he films the fun. Number two, Proposed Theme Tune #4 For “Let’s Hunt And Kill Billy Ray Cyrus shows Simondo showcase his soft underbelly, as sample-plundering chaos and toytown hooklines go head-to-head. Things get more serious – but not that much – for That Rarest Of Beasts; Hey Parabola, Crack Chikin/Nex Nine Times For Sunshine!; the DiW digital hiphop tour dû force. On the flip, Hiroshima Was A Shithole Anyway is a mighty, mighty array of noisewhore breakmash and dub-bass splattercore, but the last cut is the deepest as Blood Touching Glass takes wanton carcrash-soundtrack harshness to new extremes. Parties can’t cope without it. You know that party you had, the other day, without it? Sorry, but it was rubbish.